Saturn and Mars in our skies

Looking at Scorpio, South and slightly west almost 45 degrees high you may notice two bright “stars.” Which in fact are our neighbors Saturn and Mars. Saturn, on the left, will be passing Mars over the next 30 days and is an impressive sighting to watch over the next four to five weeks. Kenneth Oxsalida is looking to capture some images of these planets soon and hopefully during their apparent closest approach in the sky. This day will be August 24th where they will be about 4 degrees apart in the sky.

The reason Saturn appears to be traveling faster in the sky than Mars and passing it in the sky is due to it being so far away. Mars being much closer and traveling in the same direction around our Sun just slightly further away, we are over taking it slowly, which is why it is still falling back in the sky headed westward like Saturn, just not at the same pace.

All of these descriptions are for visibility at a 9:30 pm viewing. Keep in mind the night sky rotates about 15 degrees an hour, so by midnight early this month both planets are almost set in the Southwestern sky. 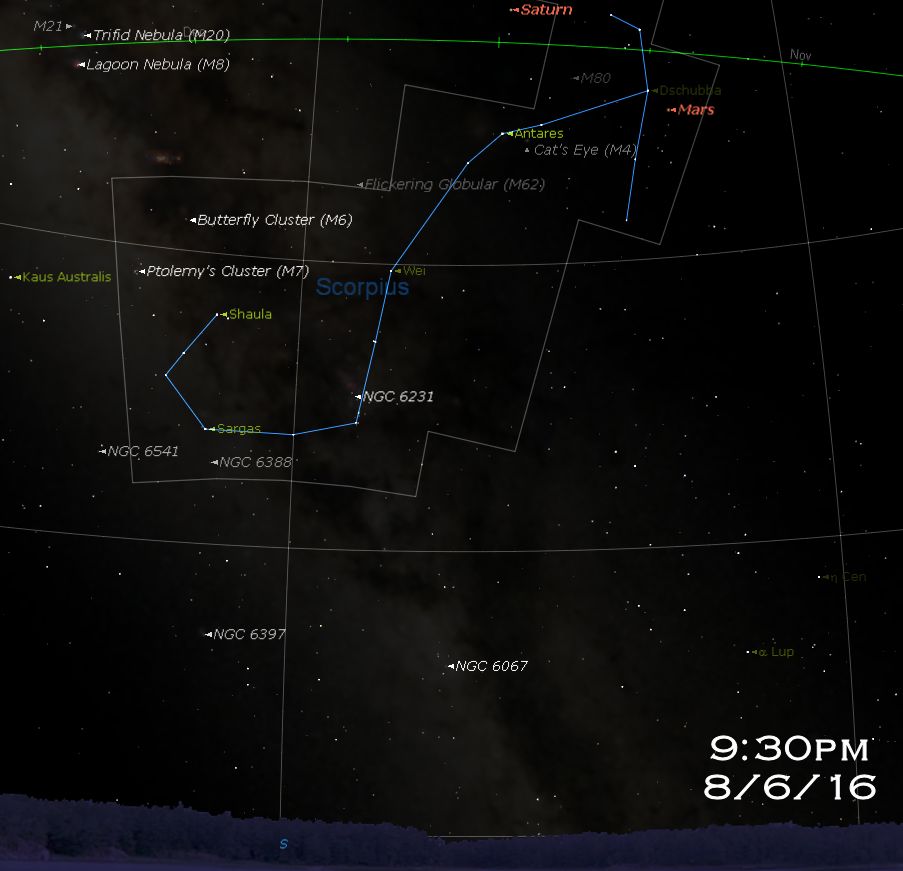 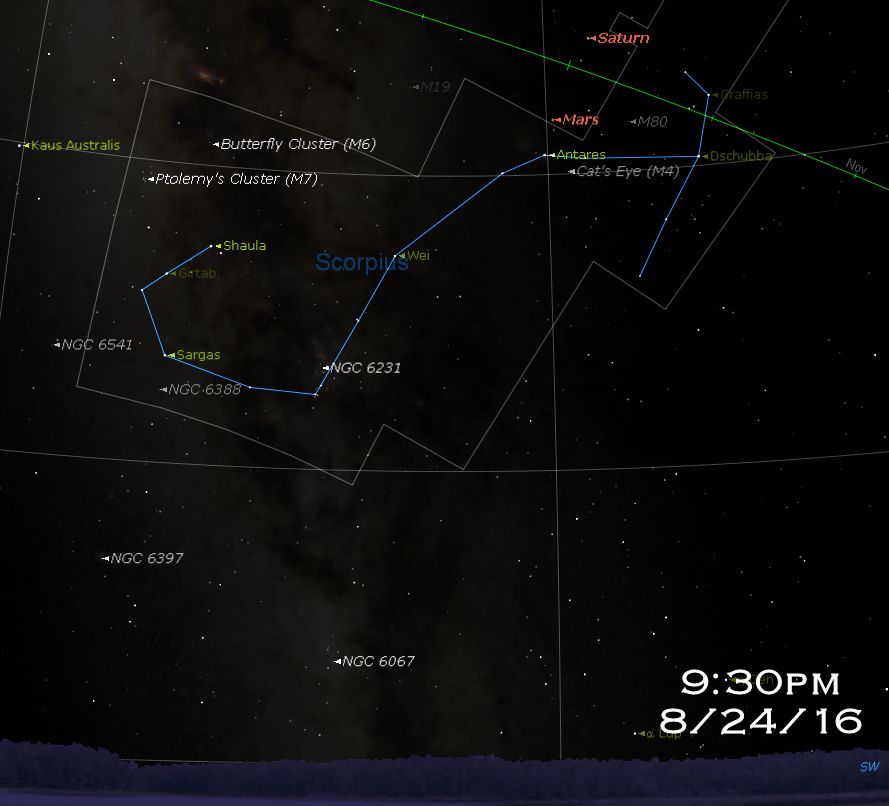